Issyk-Kul region is the most visited region of Kyrgyzstan! The main attraction of the region is Issyk-Kul Lake, one of the deepest and largest lakes in the world, located in the middle of the picturesque Tien Shan Mountains. Also in the Issyk-Kul region are the highest mountains of the country: the famous peak of Khan-Tengri and the highest point of Kyrgyzstan – the Pobeda Peak. 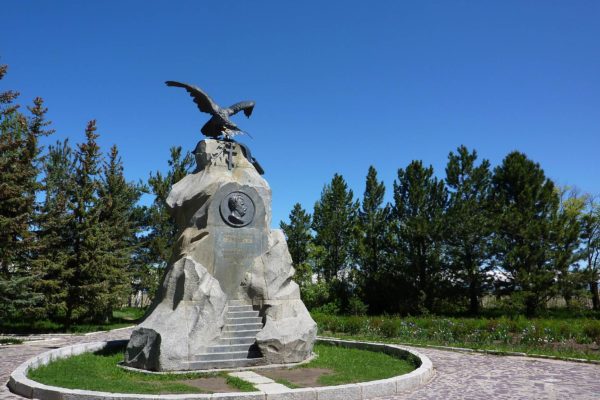 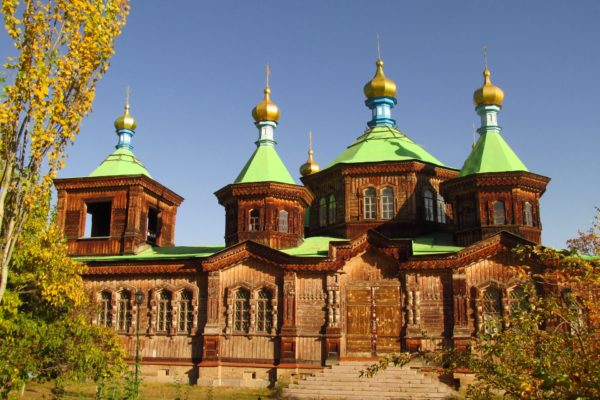 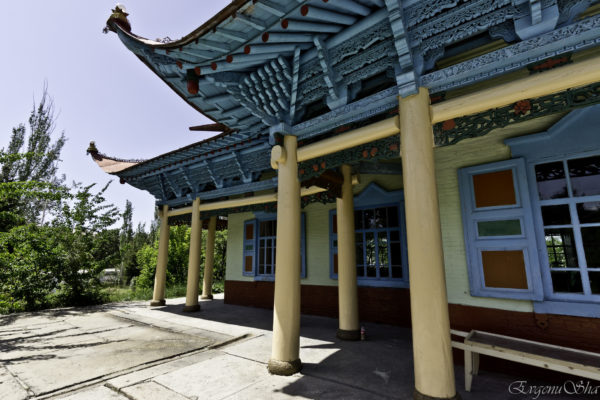 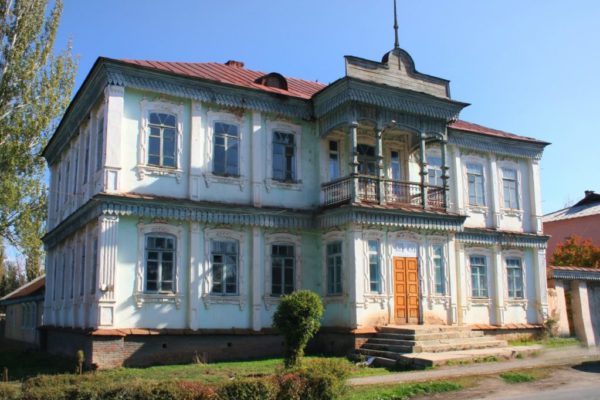 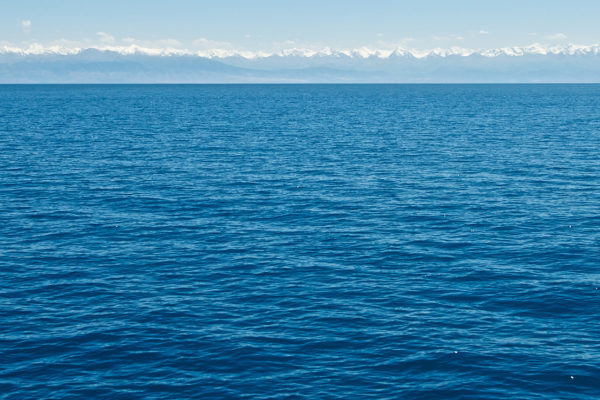 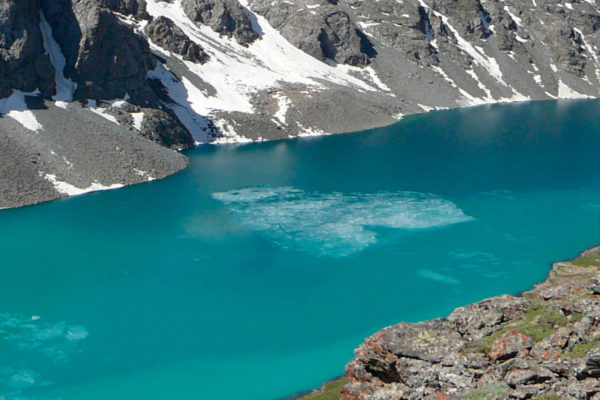 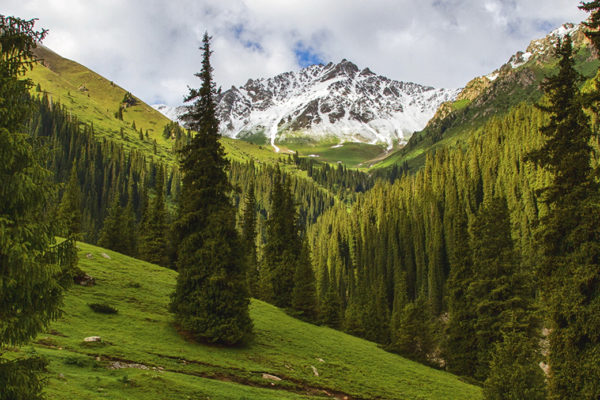 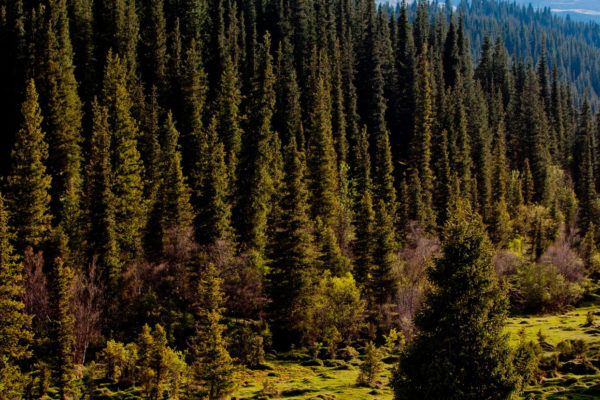 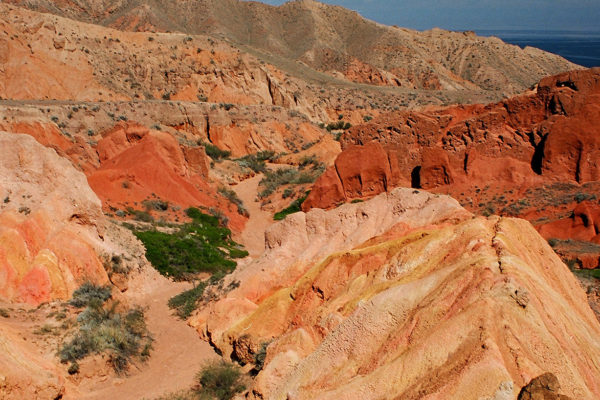 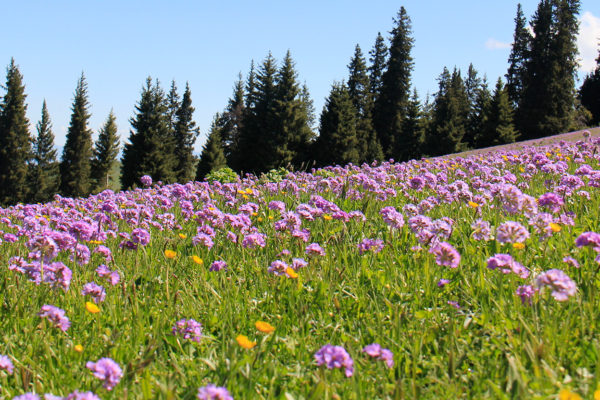 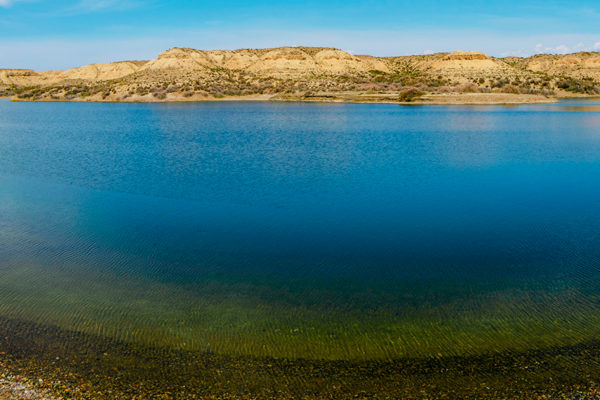 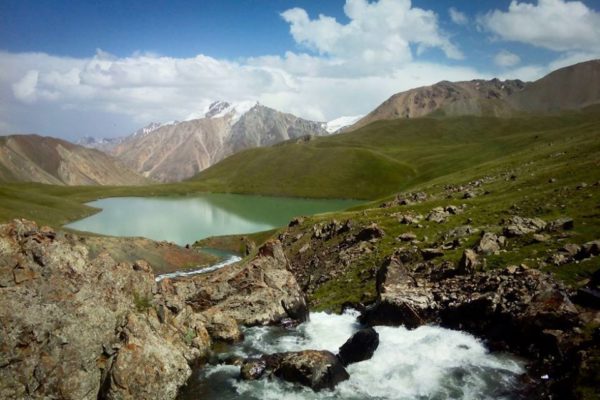 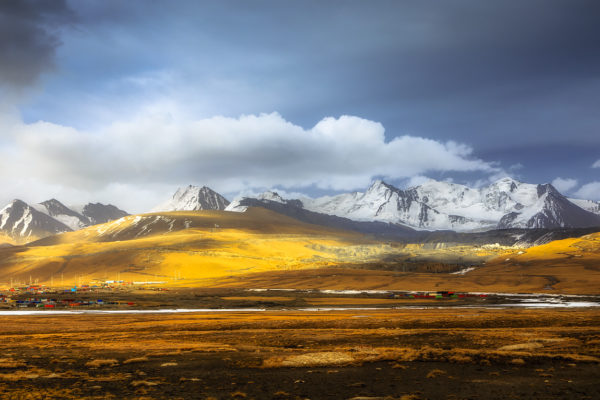 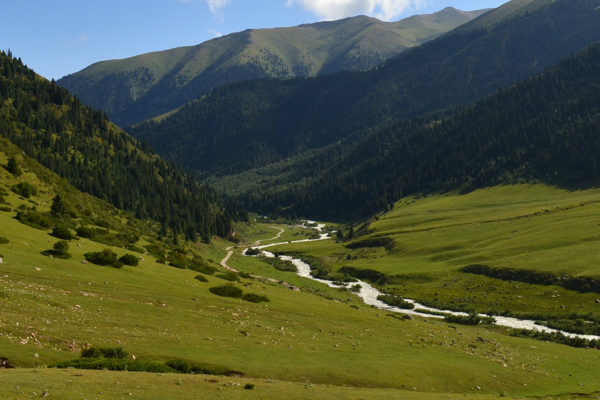 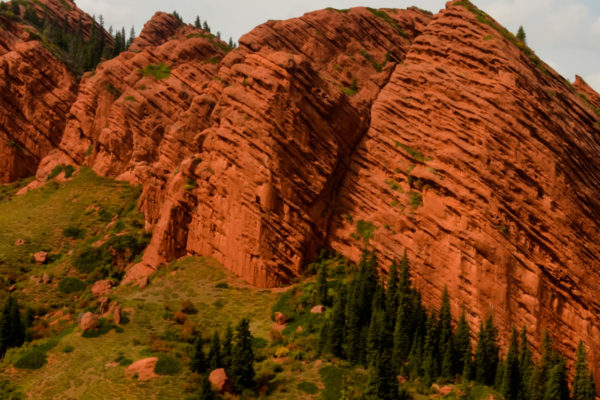 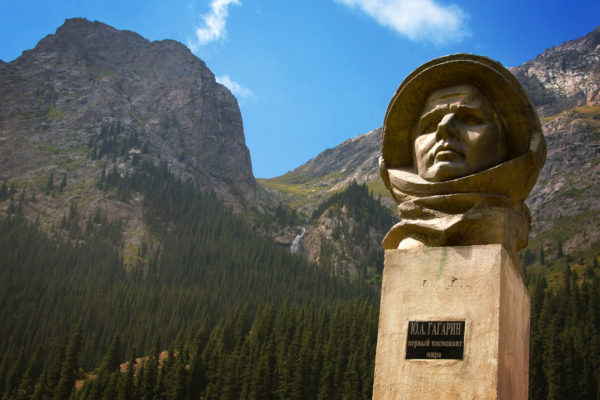 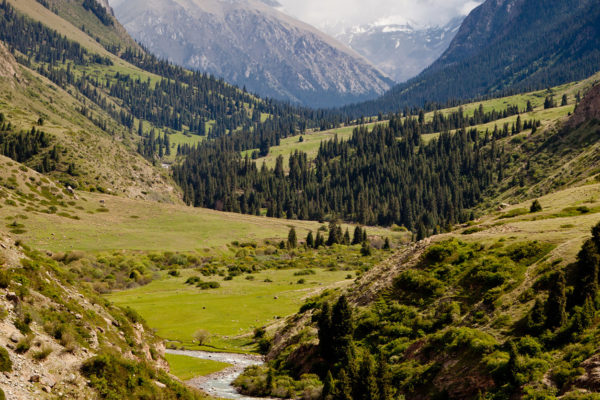 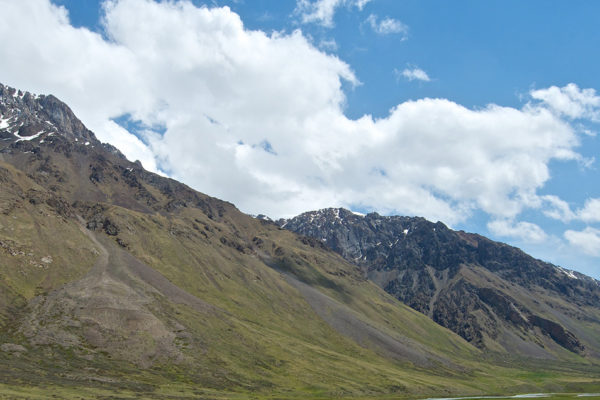 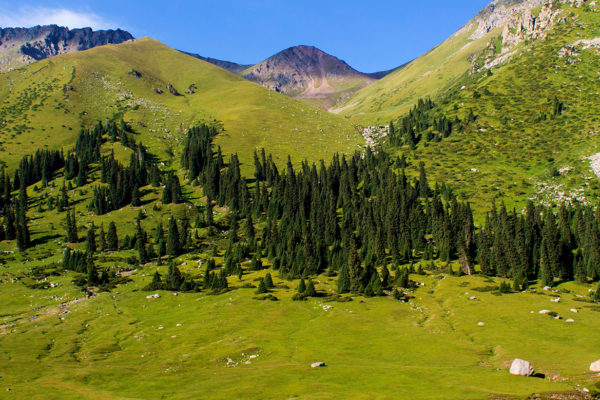 Things to do in Issyk-Kul region

Issyk-Kul region is a tourist center of Kyrgyzstan and therefore it is possible to find everything that what the country can offer to a traveler. The region can offer activities for everyone: a rest on the beach and swimming in the lake, a variety of routes for trekking and cycling at all levels of complexity, cultural and historical attractions, and much more. Issyk-Kul has a well-developed tourist infrastructure and therefore it the best option for a comfortable and interesting trip.

What is interesting about Issyk-Kul Region?

Geographically, the Issyk-Kul region is a completely unique place, it is very difficult to find analogues in the world. An amazing combination of sea and mountain climates in the highlands, as well as untouched nature of most of the mountainous area of ​​the region attract tourists from various countries.
Most of the Issyk-Kul region is covered by mountains. In the south-east of the region there is the highest part of the Tien-Shan – the Tengri-Tag, Sary-Jaz and Kokshaal-Too mountain ranges forming the Muztag mountain node, on which the famous Khan-Tengri and Pobeda peaks are located, as well as the giant Inylchek glacier. Here the largest river of Kyrgyzstan Naryn originates. Also, a significant area is occupied by mountain plains – syrtas, located at an altitude of over 4000 meters. This part of the region is very difficult to access – there are many reserves on its territory and anthropogenic influence is minimized.
The north-western part of the region is occupied by a huge Issyk-Kul basin, most of which is occupied by the famous Issyk-Kul Lake, located at an altitude of 1700 meters. Issyk-Kul is one of the 30 largest lakes in the world in size, and takes 2nd place in the list of the largest high-mountain lakes. In depth, Issyk-Kul is 6 in the world. The lake is slightly brackish, but despite the low salt content, it creates a marine climate in the valley. This phenomenon is unique for Central Asia, which is geographically as far from the seas and oceans. Because of this, the area is very mild in winter, despite the height, and in summer, on the contrary, it is not very hot.
The lake is surrounded by two large ridges – Kyungey-Ala-Too in the north and Terskey-Ala-Too in the south. Due to this the valley is completely enclosed by mountains from all sides. On the western side, the mountains are weather-beaten and practically devoid of vegetation, while in the east, on the contrary, they are covered with coniferous forests from Tien Shan fir. This is connected with the winds blowing in the valley – eastern Santash and western Lancers. Ulan, blowing west is much more powerful than Santash, and therefore all the moisture from the western part of the lake is carried to the eastern part of the valley. Because of this, in the winter in the western part of the lake there is very little snow, whereas already 100 km to the east, the rainfall increases many times.
In the Issyk-Kul region, in addition to natural resources, a very interesting story. Due to its geographical seclusion, the valley has often been home to a variety of peoples. Traces of the stay of nomadic tribes of the Paleolithic times were found in the valley, both on the southern and the northern shore. There are also traces of the existence of Scythian civilizations, which lived on the shores of the lake until the 10-12 centuries of our era. Under the waters of the lake lies the ancient Scythian capital – the city of Chigu, which is of great interest to.
The Issyk-Kul region was part of the Great Silk Road, and therefore this area is widely known in sources around the world: Chinese, Arab, Persian and European. There was a famous monk Xuanzang, the Armenian Nestorian monks found shelter, brought with them the relics of the apostle Matvey, whose exact location is still a mystery. Repeatedly there was the famous Tamerlane. This is connected with another legend of the mountain of stones on the Pass Santash, built by his army.
The modern history of the region is also quite interesting. In the 1950s and 1960s, European explorers began to visit the Issyk-Kul Lake, among them Peter Semenov-Tian-Shansky. A few decades later, Kyrgyz nomadic Kyrgyz petition for accession to the Russian Empire and Prissykulye becomes a Russian colony. Until now, unpopulated coastal and plains territories are being settled by settlers from Russia and Ukraine. At the eastern end of the lake, near the Karakol river, the eponymous city is based, which has preserved to this day the original appearance of the old Russian architecture. Later the city is renamed Przewalsk, in honor of the famous scientist, explorer and traveler Nikolai Przhevalsky, who bequeathed himself to be buried on the banks of Issyk-Kul. Today on the site of his burial there is a museum of Przhevalsky.
In the Soviet period, the Issyk-Kul region became a resort zone of all-Union scale. Pensions and sanatoriums are being actively built, a railway is being built from Bishkek to Balykchy, an airport is being built near Tamchy village, which receives from all parts of the Soviet Union. Today, the “World Nomadic Games” is held, the main international competition in ethnic sports.