Too-Ashuu (also Teo-Ashuu or Camel Pass) is a pass that connects the Chui Valley and Suusamyr Valley. Too-Ashuu is one of two automobile passes on the Kyrgyz Ridge. The pass is notable for its steep hairpin turns and amazing views. The highest point of the pass is at an altitude of 3400 meters. The northern and southern slopes in the upper part of the pass are connected by a tunnel, the length of which is 2.2 kilometers.
The pass is located in the picturesque Karabalta Gorge, not far from the village of Sosnovka. Smoothly rising in the beginning of the gorge, a sharp take-off takes place at 114 km of the road to Bishkek-Osh – the degree of ascent does not fall below 12%. Above the tunnel, there is an old road that is interesting for hiking or mountain biking.
Besides the fact that Too-Ashuu is a key part of the Bishkek-Osh Road linking the north and south of the country, there are many stories and legends connected with the pass. Too-Ashuu Pass in ancient times was the most important pass of the Great Silk Road. Too-Ashuu is known also for the legend about the Kyrgyz hero Kozhumkul, who carried a wounded horse, thru the pass on his shoulders.
Mountain air of the pass has a beneficial effect on the body, therefore on the slopes near the pass, there is a hospital for asthma patients. On the southern slope, there is a ski base. 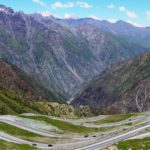 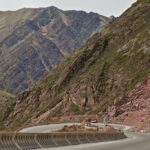 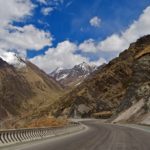 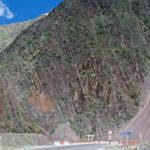 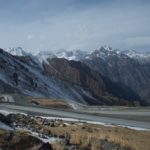 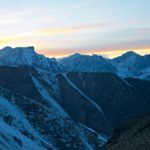 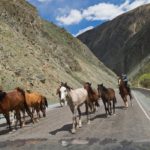 How to get to Too-Ashuu?

Too-Ashuu Pass is located 60 kilometers west of Bishkek, near the city of Kara-Balta. Since Too-Ashuu is part of the Bishkek-Osh road, it will not be difficult to get there either by public transport or by private car.

Too-Ashuu Pass on the map

There are many springs