The Fortress Kan (also the fortress of Kudayar Khan) is the ruins of the Kokand Fortress, located in the Batken Region of Kyrgyzstan, 60 kilometers south of Batken in the mountains of the Turkestan Ridge. The Kokand Khanate was a vast state, occupying the territory from the southern mountains of the Ferghana Valley to Lake Balkhash in the territory of modern Kazakhstan. For several centuries the Khanate was the most formidable force in the region, and ruled over all the people living in this territory. This fortress was built in the 17th century, during the heyday of the Kokand Khanate.

The fortress stretched almost half a kilometer on the slopes of the Turkestan Range. Despite the age of the fortress, its walls are perfectly preserved. To this day, it is possible to see the numerous loopholes, rooms, and shelters built of sandstone. The fortress is divided into two parts: eastern and western. The eastern side was mostly used as a residence. However the western side, personifies all the power of the Kokand Khanate. The fortress was practically impregnable for enemies and served, first of all, for defensive purposes.

In Soviet times, an apricot garden was planted on the territory of the fortress. The places around the fortress are very picturesque: there are majestic mountains and pleasant places for rest. 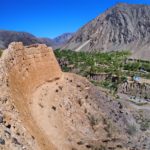 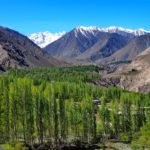 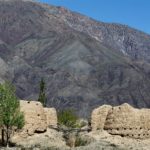 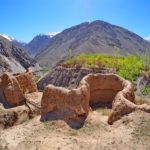 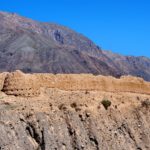 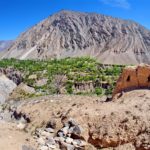