Manas-Ordo is a cultural and historical complex, housing the story of the famous epic hero of Kyrgyzstan, Manas. According to the legend, his grave is located in this place. Manas-Ordo is located 15 kilometers east of the city of Talas. According to legend, the headquarter of Manas was located in the Talas Valley.
A few words about Manas and its significance for the Kyrgyz people. Manas is the hero of the epos, the biggest in the world, surpassing the famous Indian Mahabharata and Homer’s Illiad.
The epos narrates about the Kyrgyz hero Manas, who returned the Kyrgyz from Altai to the Tien Shan and later defended them against Chinese raids. The epic is historical and therefore a significant part of the events described in it actually happened.
Complex Manas Ordo was created to preserve the memory of such a significant phenomenon in the Kyrgyz culture. The most important attraction of the complex is the Manas Gumbez, ie its grave.
In fact, the Gumbez is not the grave of Manas. The building of the Gumbez is a Karakhanid mausoleum of the late period, built 5 centuries before the events described by the epos. Presumably, the daughter of the Karakhanid Khan rests there. The mausoleum is covered with a carved mosaic made of clay and the dome is a cone of rugged shape, which is rare in the buildings of Central Asia. 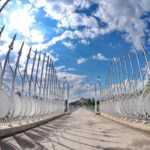 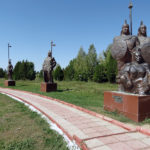 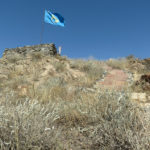 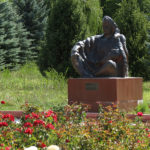 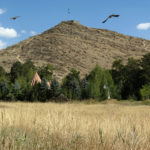 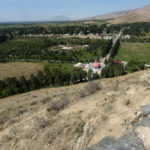 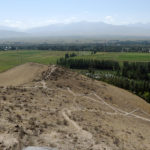 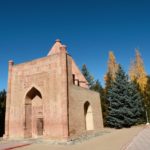 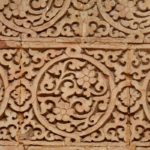 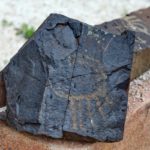 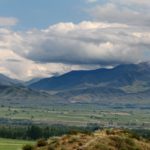 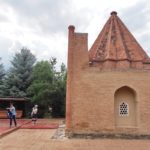 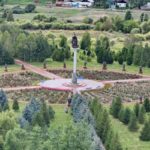 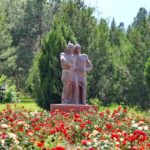 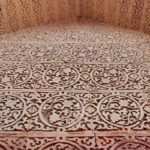 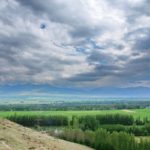 A very interesting site is the lapidarium near the mausoleum. Here it is possible to see numerous petroglyphs and stone tools from different eras.
On the other side of the Gumbez there is an alley of monuments to the heroes of the Manas Epos – to its famous forty horsemen and a statue of Manas itself, located on a high pedestal. Manas-Ordo also includes the Manas Institute and the Manas Epic Museum. On the complex, there is a special yurt, where live performance of the Manas Epos can be heard.
In the middle of the complex is a large park. It also includes the Guard Mount, mentioned in the epic, which offers spectacular views of the complex and surrounding valley.

How to get to Manas-Ordo?

Manas-Ordo is located 15 kilometers east of the city of Talas, near the village of Tash-Aryk. A good asphalt road is laid to the complex.

The mobile network is available

Guesthouses, groceries and cafes can be found in the neighboring village of Tash-Aryk