Shah-Fazil Mausoleum is a unique monument of Central Asian architecture dating back to the era of the Karakhanids 10th-12th centuries AD. The mausoleum is located in the village of Gulistan, near the town of Kerben in the Jalal-Abad Region of Kyrgyzstan. It is included in the list of cultural sites of UNESCO .
In general, Shah-Fazil is an ethnocultural complex and it includes many sights. In addition to the mausoleum of Shah-Fazil, the complex includes the sacred mountain Archa-Mazar, the mausoleum of Alamberdar, the cave of the holy hermit, the place of execution of 2700 Muslim soldiers, the 17th-century mosque, the vertically installed stone and the Safed-Bulan mausoleum dating back to the 19th century.
As can be seen from the number of attractions in such a small area, this place was considered special for the inhabitants of the Fergana Valley since ancient times. The oldest monument is the vertical stone, which belongs to the pre-Islamic period and dates back to the pagan phallic cult, which was spread in the territory of Central Asia and has close ties with the Turkic religion of Tengrianism. In addition to Kyrgyz, this cult was common among Bashkirs, Kalmyks, Huns and other Siberian-Altaic nationalities. It is the only phallic monument preserved in Central Asia. 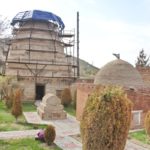 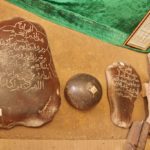 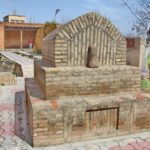 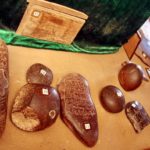 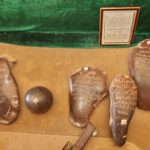 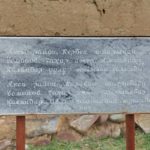 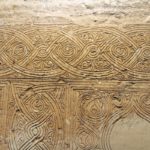 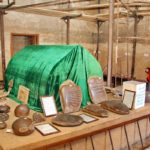 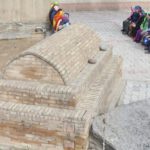 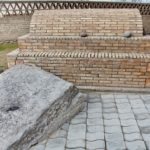 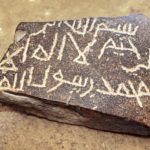 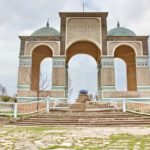 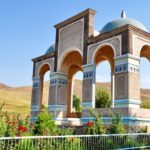 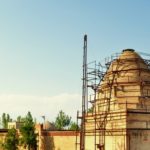 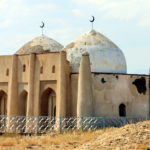 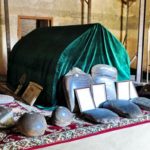 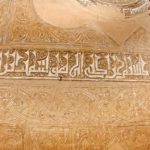 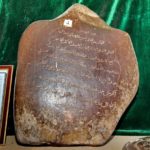 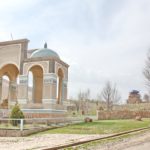 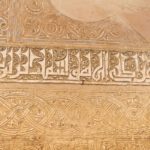 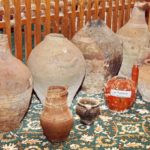 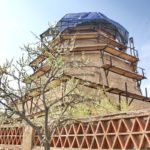 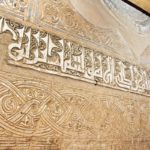 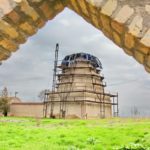 Significantly, later on, this territory was settled by Karakhanids. The buildings of the Shah-Fazil Complex and the Burana Tower are said to be similar and date back to the 11th-12th centuries.
The mausoleum has a square shape, and the dome is made in the form of a pyramid. The walls of the mausoleum are covered with decorative gutter carving. Initially, the mausoleum, built as an imperial burial vault for members of the Karakhanid dynasty, later became associated with an important milestone in the Islamization of the region: during the prayer Zoroastrians killed 2,700 Arab soldiers on a mission to spread Islam during the prayer. Together with them, the leader of the campaign, Shah Jarir, who was related to the family of the Prophet Muhammad, was killed. One of the Shah ’s wives remained alive and according to legend, it was she who washed and buried the dead bodies. From the experience, the dark-skinned Arabian turned holy and was named Safed Bulan i.e “white woman”. The mission of Shah Jarir was continued by Shah Fazil, finally establishing Islam in the northern part of the Fergana Valley. He was buried in the Karakhanid mausoleum, which later was renamed the mausoleum of Shah Fazil.
The events that were in these places include the rest of the complex’s buildings. The mausoleum of Alamberdar was built in honor of the standard-bearer of the Arabian army and the mausoleum of Safed Bulan is in honor of the wife of Shah Jarir. The mausoleum of Safed Bulan the entrance is allowed only to women. Mausoleum Shah Fazil for many centuries was a place of pilgrimage of the Muslims of the Ferghana Valley and remains so to this day.

How to get to Shah-Fazil mausoleum

The Shah-Fazil Mausoleum is located in the western part of the Jalal-Abad Region in the village of Gulistan, 5 kilometers from the Kyrgyz-Uzbek border. The nearest settlements to Gulistan are Ala-Buka and Kerben.

Shah-Fazil Mausoleum on the map

The mobile network is available

There are groceries, cafes and guest houses in the village of Gulistan