Ata Beyit (from the Kyrgyz “Grave of Our Fathers”) is a memorial complex located 25 kilometers south of Bishkek, in Chong-Tash village near the foothills of the Kyrgyz Ridge.
The Ata Beyit Memorial Complex was established in 2000. It commemorates the victims of the Stalin Repressions of 1937-1940, during which significant figures of the Kyrgyz Soviet Republic such as Yusup Abdrakhmanov, Bayali Isakeev, Kasym Tynystanov and Torokul Aitmatov, the father of the world-famous writer Chingiz Aitmatov, were unjustly convicted and executed.
This burial is the only established burial place for the victims of Stalin’s terror on the territory of Kyrgyzstan. 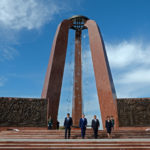 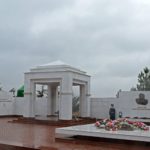 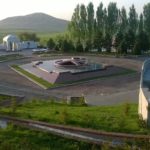 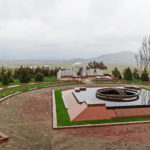 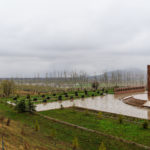 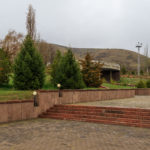 In 2016, a monument to the victims of the Central Asian uprising of 1916 against the Russian Empire was installed there, during this period many Kyrgyz were forced to flee the country through the mountains to China. As a result of these tragic events, many people died, frozen on the snow-covered mountain passes of the Pamir and the Tien Shan.  In 2008, writer Chingiz Aitmatov was buried in the Ata Beyit Memorial Complex.

How to get to Ata Beyit?

A good asphalt road is laid to the Ata Beyit. Unfortunately, public transport does not go there, but you can reach the village of Tash-Dobo (Vorontsovka) by marshrutka 265 from Bishkek and walk the rest (about 3-4 kilometers). It is also easy to get to Ata Beyit by bike – this is one of the most popular bicycle routes in Bishkek.

Ata Beyit on the map